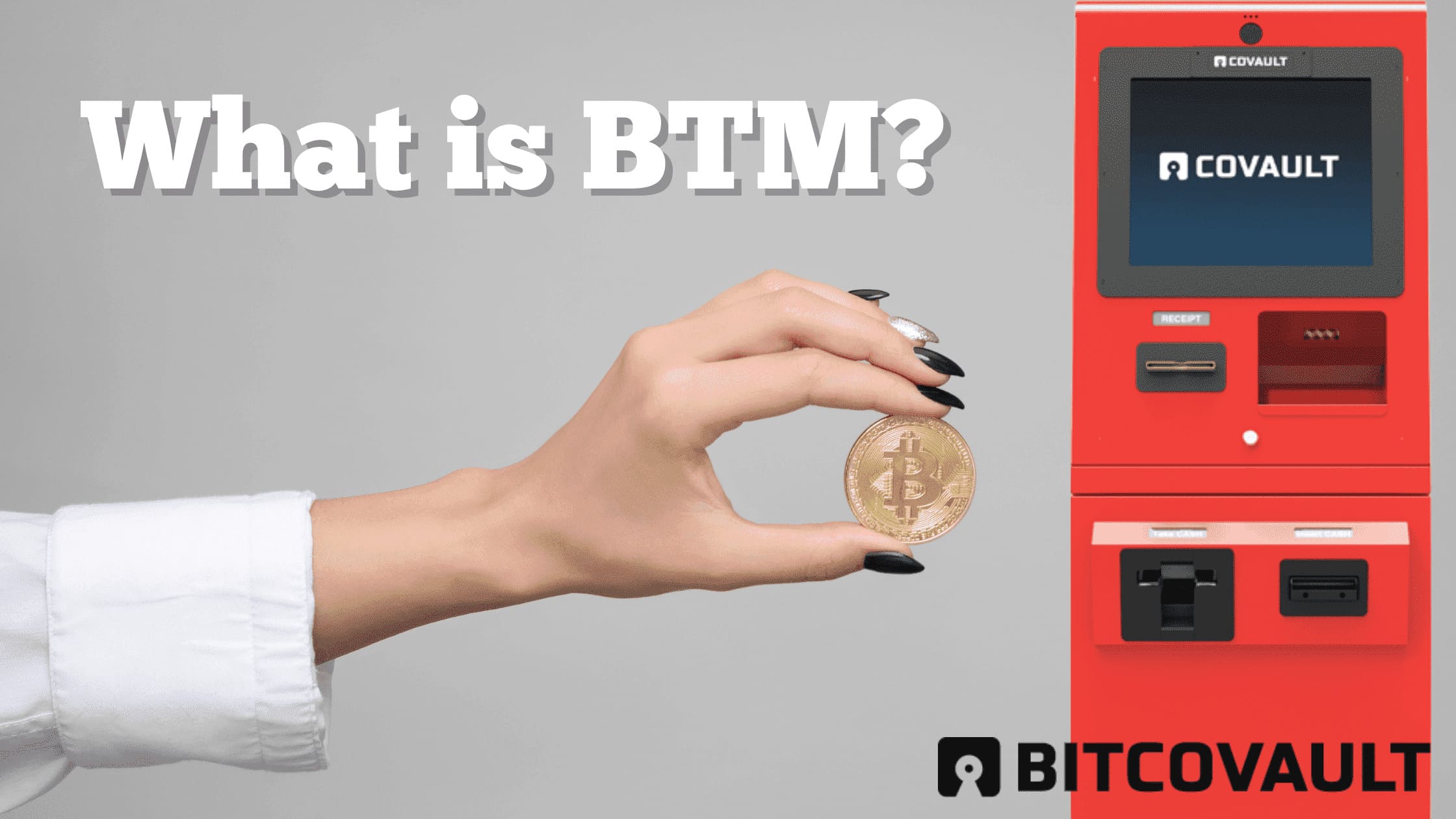 A BTM (or in other words - a Bitcoin automated teller machine) is an internet machine that allows people to buy Bitcoins with hard cash (fiat currency) or vice versa.

The first BTM in the world was installed on October 29, 2013 in the coffee shop in downtown Vancouver, Canada. The first machine in the United States went online on February 18, 2014, in a cigar bar in Albuquerque, New Mexico, but it was removed 30 days later.

Depending on the software installed a BTM provider might require users to have an existing account or gives the opportunity to create it during the session. With the development of bitcoin as a feasible type of currency, a constantly growing number of Bitcoin ATM machines can be found in cafés, shopping malls, grocery stores and other nearby locations around the world, many of them have 24/7 availability.

The process of BTM usage includes some verification steps, such as mobile phone check by SMS, ID scan or fingerprint check. It depends on operator’s policy and regulatory field where machine is operated. But nevertheless, transaction via BTM is the fastest and the most convenient way to buy or sell bitcoins, especially comparing with online-exchanges where the registration process may take up to several days. Also there is no need for having a bank account to conduct a transaction using BTM.

There are one-way and two-way BTMs. The latter allows customers to sell bitcoin for cash as well as buy bitcoin, but they are more expensive. According to coinatmradar.com the share of One-Way BTMs in the world is 71%, Two-Way - 29%.

Interesting fact: 'Big Four' accounting firm Deloitte installed a BTM in its downtown Toronto office, giving to employees a possibility to get access to bitcoin in the company’s premises.