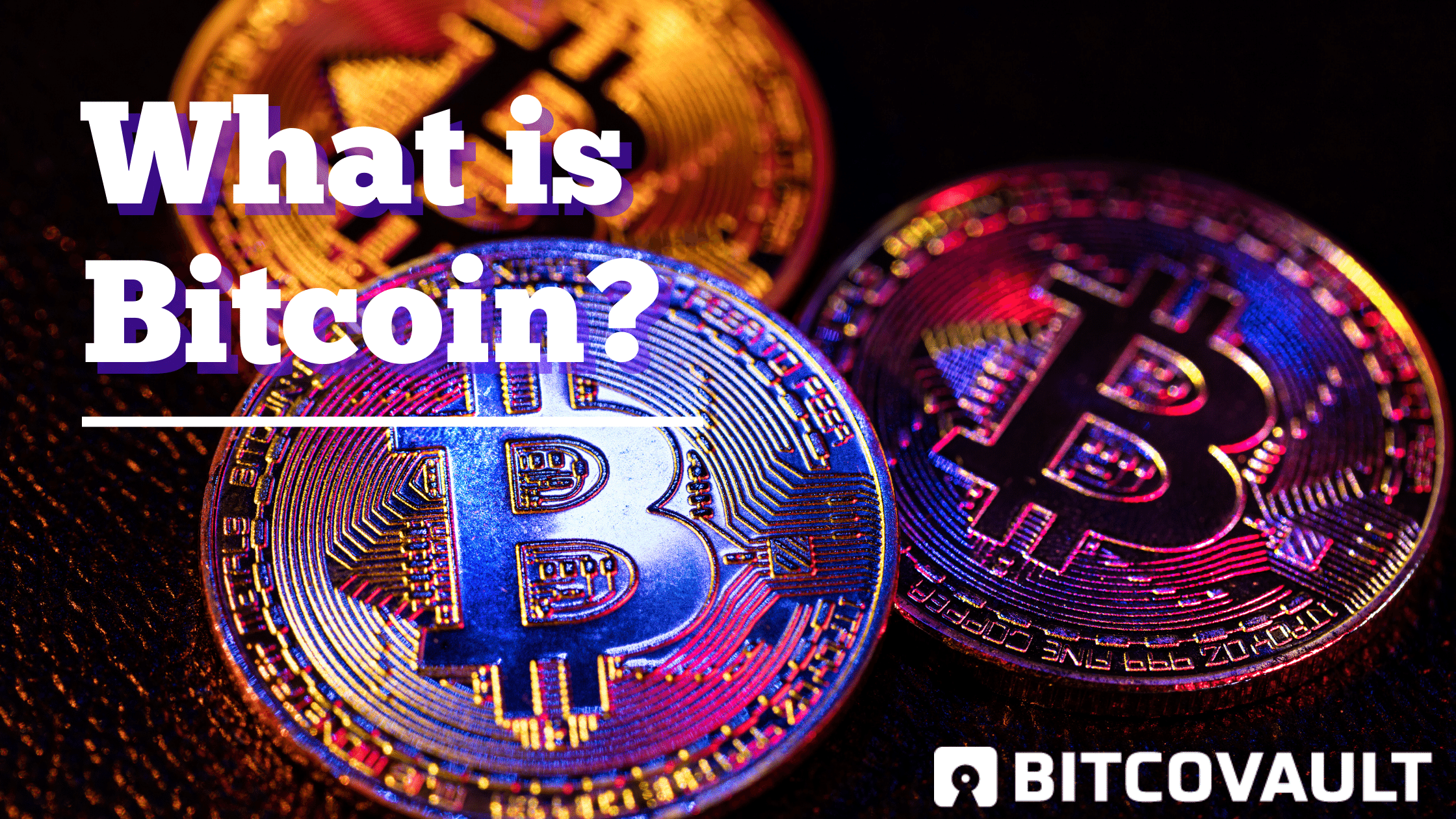 Bitcoin is the first decentralized digital currency. Its system is peer-to-peer, and transactions take place between users directly, without an intermediary. It allows people to send or receive money across the internet, even to someone they don’t know or don’t trust. It was invented by an unknown person or group of people under the name Satoshi Nakamoto and released as open-source software in 2008. These transactions are verified by network nodes and recorded in a public distributed ledger called a blockchain. Read our article about blockchain in this post.

Cryptocurrencies like bitcoin, ethereum, litecoin, and others, are one of a kind from various perspectives when compared with cash or another traditional currency. First of all they are mined, not printed. To mine a bitcoin, computers run specialized software. Because of how complicated the math needed to generate a bitcoin is, they must be calculated with very powerful processors. When it started out, it was relatively easy to mine bitcoins, but as more people are trying to get in on the action, it's become computationally much more challenging. Mathematical field of cryptography is the core field which keeps bitcoin secure.

All information concerning the bitcoin money supply itself is readily available on the blockchain for anybody to verify and use in real-time. No individual or organization can control or manipulate the bitcoin protocol because it is cryptographically secure. This allows the core of Bitcoin to be trusted for being completely neutral, transparent and predictable. Transactions made in bitcoins are non-reversible and bitcoin wallet accounts can’t be frozen.

Another difference between online transactions with bitcoin and regular money is that bitcoin can be used without having to link any sort of real-world identity to it. Unless someone chooses to link their name to a bitcoin address, it is hard to tell who owns the address. Bitcoin does not keep track of users; it keeps track of addresses where the money is.

Bitcoin adoption and use keeps on growing a lot every year not only for consumers, as well as for many companies, who are hoping to use all of the advantages of bitcoin. We believe in perspective future of bitcoin and daily news feeds informing about the development of the bitcoin network, as well as the adoption of various legislative acts regulating this sphere in different countries of the world, indicate that this is a strong global trend.

The History of Bitcoin

Bitcoin is a cryptocurrency, a digital asset designed to work as a medium of exchange that uses cryptography to control its creation and management, rather than relying on central authorities. Talking about statistics of bitcoins: the price of this cryptocurrency has ranged from $0.10 in 2009 to $16,500 as of today, more than 300,000 transactions a day take place all over the world and their total amount exceeds 2 billion US dollars. So let's follow the history of the development of bitcoin, from the moment of its inception, covered with a veil of mystery, to our days, when bitcoins can be exchanged in the nearest BTM.

We can distinguish the following milestones in the development of bitcoin:

The history of bitcoin is not an easy one and we are excited to look forward to the further development of this currency of the future.

What Was Before Bitcoin?

At the end of the 20th century, there was an increasing need in the world for an alternative digital currency, which would be independent of banks and state authorities, but at the same time would be reliable and fast.

DigiCash was a form of early electronic payment created by David Chaum in 1990. This system was based on a revolutionary concept of Blind Signature Technology that ensured the complete privacy of users who conduct online transactions. By using public and private key cryptography, it allowed anyone to become his or her own bank and control their funds without third-party oversight. Issued payments were untraceable for banks and governments. DigiCash was unable to grow the company successfully through the expansion of its user base, because it entered the market before e-commerce was fully integrated within the Internet. The company behind DigiCash ended up in bankruptcy in 1998.

Bit Gold was one of the first decentralized cryptocurrencies concepts. It was designed in 1998 by Nick Szabo - a computer scientist and cryptographer from the USA. Bit Gold was never implemented, but has been called "a direct precursor to the Bitcoin architecture”. In Szabo’s Bit Gold structure, a participant would dedicate computer power to solving cryptographic puzzles. In a Bit Gold network, solved puzzles would be sent to the Byzantine fault-tolerant public registry and assigned to the public key of the solver. Each solution would become part of the next challenge, creating a growing chain of new property. It’s interesting that although Szabo has repeatedly denied it, people have speculated that he is Satoshi Nakamoto (the creator of Bitcoin), whose identity is still wrapped in obscurity.

Flooz was a kind of currency established in 1999 by Flooz.com. The principle of operation was similar to the various loyalty programs, such as frequent flyer or customer bonus cards. Users accumulated flooz credits either as a promotional bonus given away by some internet businesses or purchased directly from flooz.com which then could be redeemed for merchandise at a variety of participating online stores. During the three years Flooz was in business, the company raised as much as $35m in venture capital, betting on demand among merchants for new and exciting payment mechanisms, but was closed down due to criminal activities taking place on its platform.